Opening to the Sensual Dimension 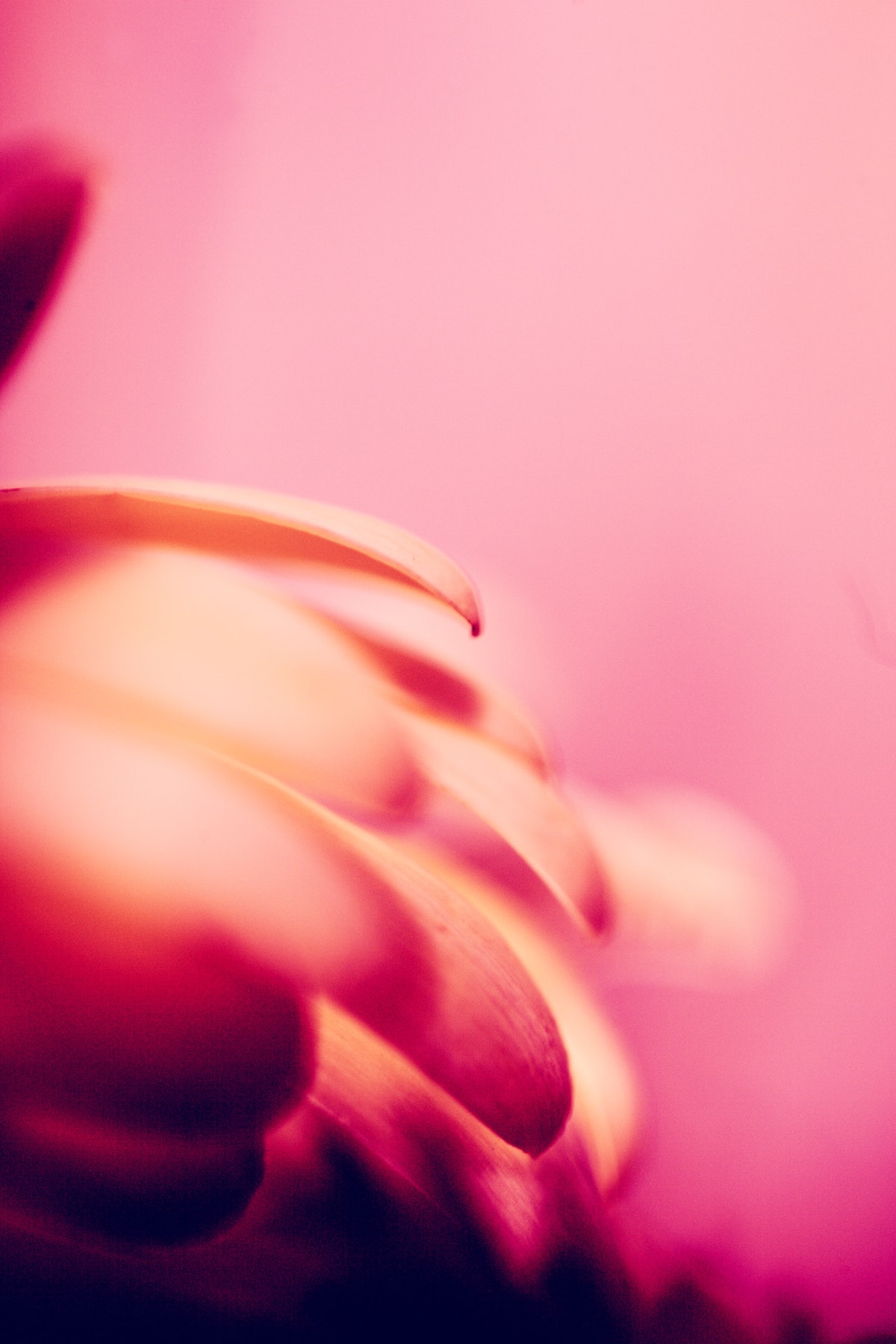 Transcript from a meeting with James Eaton on 25 July, 2020

Q: I wanted to talk with you about something . . . I’m trying to work out if it’s appropriate or not energetically. This is an experience that has been happening for three years with it seems men only that I meet, that are aware men; and it came up yesterday, which is why I’m raising it.

I have two lovely friends that came for dinner, and I love them both dearly as friends. I love my husband dearly as a lover, and that’s how I want things to stay. But sometimes there’s an energy that comes in me that I’m resisting, which is coming through my body in the presence of certain people—either from connecting through the eyes and looking at them, or just by being in their field—and it’s very sensual energy, and it feels like, “Is this appropriate? Is this allowed?” And so I don’t allow it, I have to create a barrier.

There’s a merging of my energy field with the other that’s taking place, that I’m trying to stop. I don’t know if the other is aware of it, or if it’s just me that’s aware of it, and I don’t know the impact on the group if I allowed it; but I know the group’s effect if I don’t allow it, because it feels disjointed, because I’m stopping a full experience of our experience together.

Q: Yeah, it is. I think it is! And I want it to be, because it’s so beautiful; and yet part of me, the rational mind, is saying, “No!” But the energetic self is saying, “Yes!”

Q: It’s saying this is shameful.

Q: Because it’s an aliveness, it’s vitality and overflowing abundance, and that seems to be wrong.

James: Yeah, why are you not allowed to have that? Why is that wrong? See what comes . . .

James: Yeah, it can be helpful to appreciate what’s good about the patterning that’s resisting; then when the ‘no’ comes up you can include it, and bow to it, rather than trying to get rid of it, because you know that the pattern installed itself at some point for good reason—it was born of intelligence—because at some point maybe it wasn’t such a good idea to be so open and allowing.

Q: Is it? Because later I was in bed by myself and I fully surrendered. I couldn’t sleep because there was so much energy coursing through my body—the whole energy system was activated. Because I was by myself it was valid, it was allowed, I was able.

James: Yeah, don’t misunderstand me. What I’m saying is there’s a natural intelligence to how our patterning gets installed, that can be appreciated. For example, you said these men are aware, so there’s an understanding of a sharing there; but in a situation with someone who is not aware, who maybe doesn’t understand what’s going on and may read the signs very differently, then you could find yourself in a very dangerous situation.

James: The problem comes when, instead of responding freshly to each unique situation, the resisting pattern becomes the automatic response, and we become identified with it. In clarifying and acknowledging the pattern we can start to dis-identify from it, which frees up the intelligence again. Then, if we can really listen, the intelligence is always guiding us with the optimal, authentic response in each situation.

When it feels safe, then absolutely, we can open completely; like right now, in the intimacy in which we all meet, there’s an open flowing of energies—that’s why it’s so beautiful. Then all the holding, the tensions, the resistance, that creates this felt sense of separation and isolation, all of that can start to soften and open. In the end it’s one great love affair!

So we see the patterning, and that it originally came from intelligence, and so we can bow to it. We’re not making it wrong, we’re not trying to annihilate it, that just creates more struggle. The difference is we’re not possessed by it anymore; we’re free to operate spontaneously in the moment.

Q: Yeah. This is such a good point: that he is an aware being, I am an aware being, we are with our loved ones, we are safe in that space and can surrender, and it’s okay in that environment for me to do that.

James: I’m glad you brought this topic up, because this energy of passion, of sensuality, of sexuality, I think this is something that our culture is still very naive about, is very undeveloped. It’s a beautiful energy that you can allow to permeate through your body, to completely enjoy, to bathe in like the warmth of the sun, that doesn’t necessarily mean that anything has to be acted out physically.

James: You can actually enjoy that beautiful energy, but many people won’t understand that, and will misread what’s going on, so we need to follow the intuitive intelligence in the moment—the natural guidance system. But, potentially, this is what’s possible: you can feel that deep sensuality and enjoy it, luxuriate in it, “Thank you! Thank you very much for being the muse that inspires this beauty in me right now, these beautiful energies,” and bow to that.

Can you see the beauty, the possibility, when you start to become a master of your energetic system? You can allow all of these wondrous, delicious energies to move through you, to dance with them; but you’re not getting lost in them or possessed by them.

Q: And I want that, and yet there’s a part of me that thought, “Am I allowed this experience?” And yet you just saying this, it’s like validation, “I can!” Because I don’t want anything sexually with this man, I love him, but as a friend; but I really want to allow this deeper connection to exist between us. But I wasn’t sure whether I need to involve my husband, and his girlfriend, to say, “Look this is happening for me, can we talk about it?” So that everybody knows what’s happening, or maybe I don’t even need to do that, I can just allow the experience.

James: Well, I can’t tell you the answers to how to live your life, but I can tell you that you can easily enjoy those sensual energies with whole manners of different people, both women and men, and it doesn’t need to be something you act out. It’s a really beautiful topic. I’m glad you brought it up.

Q: It’s been a theme across the last few years that keeps coming up, and the same resistance: “No, no, no; it’s not okay!” But actually, speaking to you now, understanding that rationalization, and understanding that we both know we don’t want anything physical, we know that, everyone knows that, and it’s safe. Okay, thank you!

James: Yeah, just a glance from another, that’s deep and connected, can inspire that same feeling; it’s just being open to the free flow of energy.

Q: And thank you, because I’ve had it with you as well, on our last online session; but because we were distanced, because you weren’t physically there, I could allow the experience. Yes we are connected, but we’re connected from a vast space, not from such a close intimate space, so that I’ve allowed; but this is . . . I guess it’s the next level of allowing.

James: We enjoy each other all the time. For example, we might have a wonderful conversation with someone that feels so nourishing, because we’re openly sharing our being, there’s a real beauty in that; and we can honour our commitments simultaneously.

Q: One of the reasons I’ve had this uncertainty is, with my husband, he has this ability to embrace somebody, and he gets lots of divine energy that comes through his body into the other person. But he’s had many people fall in love with him, men and women, because of this experience, that’s then caused problems in our life—because of the people that have then had an attachment to him.

James: Yeah, your responsibility then is to be very clear. It’s a very tricky one that. For me, ‘giving divine energy to someone else’, isn’t what’s happening. It’s just like what we’re doing here together now: we’re offering an environment where habitual tensions, holdings and contractions start to loosen, and what happens as a result is that the-love-that-you-always-already-are starts to shine through. Nobody is giving anyone divine energy. There is a relaxation in the system where your own divinity, if you like, can start to shine through. It’s very important to see that, because otherwise we then start giving our power away to other individuals that we believe are giving us something. And that’s how these unhealthy guru-disciple relationships start to form, because it’s not made clear from the very start that no one here is more ‘being’ than anyone else. It’s nonsense. We are all ‘that’. Jesus, the Buddha, were no more ‘that’ than you or I.

Q: That’s affected me a number of times, because it’s always in the presence of another, before two years ago, that I would experience things, so I was attributing it to them, rather than myself, and that was a whole re-learning of exactly what you just spoke about.

James: When we come together in these environments what we’re doing is we’re offering a holding space, so that these patterns can be seen clearly and acknowledged; and then, as things start to open out, we experience what we truly are shining through—that’s the miracle that we start to realise: that what we were looking for is what we already are.

Just to add . . . it doesn’t have to be sensual or sexual energy, it could also be anger, for example. When we’re not used to actually feeling anger, instead we’re used to suppressing it, or getting lost in it, possessed by it, then we can’t allow the feeling of anger in our system either—that red hot, powerful energy. But as we become a master of our energetic system, then we can allow that energy to be there and we don’t have to act it out, and we don’t have to suppress it, we can reclaim the energy; and then it is newly available in the moment, to enforce a healthy boundary maybe, or to express something very clearly and directly that needs to be heard. You can take any of the different ‘flavours’ of energy and say the same thing.

We’re becoming a master of the energetic field, so that we can include whatever is coming naturally, and respond authentically in the given moment.

This is extraordinary, right? This is a whole new dimension of life that opens up that we can start to integrate and participate in.

One last thing that’s coming is the word ‘balance’. So people start getting into non-duality, and spirituality, and energy, and “I want to open to everything; I am love!” And we want to throw all our structures and commitments out the window and say, “Life’s just one, man!” It’s a kind of immaturity. So that’s going one way. Becoming ‘separation-ultra’, and rejecting everything that’s not explained by scientific materialism, is going the other way. But there is a middle ground, a balance, where we can open to life energetically, and still honour the structures that enable modern life to happen—like the structures of language we are using to communicate right now. It’s an important balance. We could say life is always saying, “Yes, yes, open, open, open, yes yes,” and yet it also says yes to NO! That’s part of it too: “No, there’s a boundary here.”

I’m just trying to bring in a subtlety, to beware of slipping into these radical positions . . . feet on the ground.